You are here: Home1 / Testimonials for Dog Training
Contact Us Now! 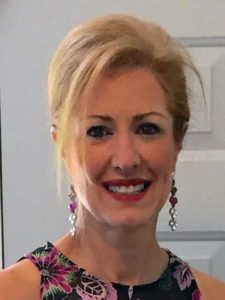 “I’ve worked in Dog Rescue for the past 20 years and I’ve also owned a Boarding Kennel and Doggy Daycare for the past 10 years. Of all the trainers I’ve worked with Doug Poynter is the one I’ve had the most success with. His methods are the most effective and the easiest for owners who don’t want to be dog trainers to use successfully.

Doug taught our New Adopters training class for over 5 years and during that time our return rate of adopted dogs went from over 20% to under 1%. He is able to target what causes behavior problems and then change those behaviors better than anyone I’ve worked with.

If you are going to work with someone, work with Doug!”

I cannot say enough about how much Doug helped our rescued dog, Milo, overcome his behavioral issues! Milo is a pit-bull mix, and he had a pretty traumatic life before I got him. He was extremely malnourished, and he wa 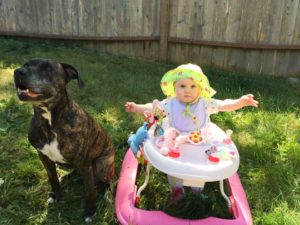 s aggressive towards anyone but me. He bit everyone from my parents, quite a few of my friends, my husband, and even Doug! We were told that, even with training, there was a likely chance that Milo couldn’t be around other dogs (or cats, etc.), children, or other people. But with Doug’s help, Milo has made A LOT of new friends, both human and canine! Doug also helped me and told me the things that I could do differently to change the dynamic with Milo and his behavior. He has become an amazing family dog, and I cannot thank Doug enough for everything he has done for us. Milo is a totally different dog than he was when I got him 7 years ago! 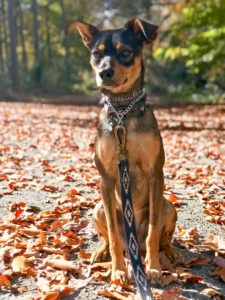 My husband and I rescued a dog named James in the winter of 2016. She was 6 months old and had no training whatsoever. She is incredibly smart though — a little too smart. This, combined with us unknowingly rewarding unwanted behavior, created a serious problem down the line. We couldn’t have people over at home, and we couldn’t take her anywhere, as she had developed a major case of stranger danger. She actually tried to bite anyone who came near us. I contacted Doug this summer and we have been working with him since. When James first met Doug, he was standing across a field and she barked until she couldn’t anymore. She would absolutely have attacked him given the chance. Within an hour, she was walking alongside him and has even graduated to taking a treat from his hand. She’s a constant work in progress, but thanks to Doug, she is miles from where she started, and we are better pet owners because of him. 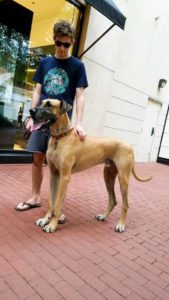 When we rescued our Great Dane “Elton” he had not had a secure start in life and was nervous and insecure.

Being a big dog made his behavior a problem especially when visitors came to the house. Doug was able to un-pick Elton’s behavior and give us a set of training tools and techniques which have made a huge difference to Elton and our lives. We practice the training techniques all the time so they have become part of our daily routine. We can now confidently walk him around other people and dogs and invite people to our house.

Before being introduced to Doug Poynter I had a real problem on my hands. We had adopted our third dog, a pit bull named Pearl, in June 2016 from our local shelter. When we did our meet and greet with Pearl and our two existing dogs she was carefree and friendly. We brought her home on a Friday afternoon and by Friday evening she showed the first signs of trouble.

She would growl at the children while laying on the couch behind my knees as if telling them not to get close to me. What I mistook as fear was actually possessiveness and I unknowingly reinforced it. By July she had nipped two neighbors and began showing signs of being way more than we thought we were capable of handling. Pearl exhibited what we thought was aggressive behavior towards strangers, barking, growling, charging them and even nipping them if they came close to our property. In fact, her behavior was so concerning, we had already spoken to several vets and the shelter about the option of putting her down. 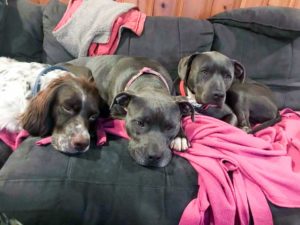 Having four children we had to draw a hard line and be realistic. Not only were we worried about them but we were fearful for our neighbors, family, and friends.  We worried that if we returned her to the shelter or re-homed her we would be passing on a problem to someone else who may get hurt. This was not an easy decision to tackle seeing as I consider Pearl my soul dog. She and I just have a connection I can’t put into words. The idea of failing her didn’t sit well with me.

Having found a vet who agreed to perform humane euthanasia I reached out to a local trainer in a last-ditch effort to save my favorite dog. He recommended we give Doug a chance, telling me if anyone could help it would be him. That evening after talking to my husband I gave him a call and explained our issue. Doug was confident we could turn this around and save our dog.

We met once at our home and went over her trigger issues and Pearl put on quite the show demonstrating exactly what she thought of a stranger in our home. He gave us simple, easy to practice, realistic homework to do with Pearl. Within a week she was responding to his methods.  He taught us how to build her confidence while teaching her where she ranked among our pack- and it wasn’t as alpha anymore. His methods are gentle, yet firm and nothing about them has ever made me uneasy.

After a month or so Doug invited us to join his guided pack walks. Pearl was still anxious about strangers and passers-by, even growling at Doug on occasion, but we stuck with it. Every bump in the road Doug has had a solution. We learned how to speak “dog” and clearly communicate our boundaries to Pearl. Now, a year later, I no longer worry about Pearl when I welcome friends and family into my home. I am able to walk her off leash through the front yard to gather the mail and not fear that she will bite a neighbor walking their dog or strolling their child down the street.

For the first time since having her, we felt confident enough in her exemplary behavior to leave her with a pet sitter for our family vacation. The report we got back from the sitter said that Pearl was on her best behavior and an absolute angel. Our friends tell us they can’t believe the happy go lucky fetch fanatic in our backyard is the same snarling blue pit bull they met a year ago.

We recently had a cable technician come to our house and I had to warn him that she may bark, growl, and even lunge in her crate being that he was a stranger and she was in her “den” space. Would you believe that she sat there without a peep looking up curiously at him? Pearl is finally the dog we always wanted and it is clear that Doug’s methods not only work, but they saved our dog. Pearl owes her life to Doug Poynter and we couldn’t be more appreciative of the services he provided us. 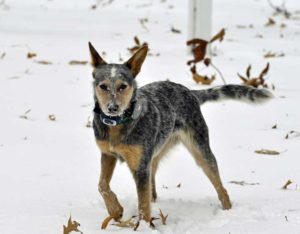 My wife and I have owned a variety of dogs together for the past 25 years, so we thought we knew what we were doing until we got Stella, an 8-month-old rescue Blue Heeler. She tested us in ways we never could have imagined, from incessant barking and biting, to counter surfing and unruly leash behavior. We were truly at our wits’ end. We contacted Doug and after just one visit a semblance of sanity returned to our lives. In addition to teaching us how to handle Stella, and taking back the alpha role, he explained training techniques and helped us understand working dog psyche. Again, we’d had working dogs but nothing like this one, so we desperately needed this invaluable guidance. In his calm, even mannered and informative tone he taught us how to behave, so we could teach Stella how to behave. Five visits later, Stella’s a different dog, and we are different owners.  We recommend Dough without reservation.