To rate our podcast “5-stars” on Apple Podcasts or Podchaser please scroll to the corresponding instructions below. All other platforms do not have ratings or reviews for podcasts on their apps. 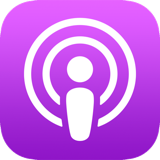 First, ensure that you are signed in by clicking the Account menu at the top of your screen and selecting your Apple ID.

Then scroll down and click on Write a Review. 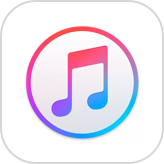 Then click Write a Review and fill out the form to leave a rating and review. 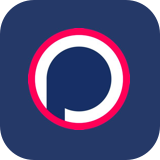 Then fill out the form and tap the Save button.

Got a good doggo with a bad habit? You can fix it! Doug Poynter, canine behavioral expert and owner of Better Dogs Now, will present a free seminar, “How To Lead Nature’s Way and Banish Your Dog’s Problem Behavior Forever!” — new dates TBA after current social distancing rules have eased.

In this seminar you will learn:

Doug has been training dogs for 20 years here in Richmond, Va. Clients have been referred to him privately, and by area veterinarians, rescue groups, and shelters like FURS. He created a “new adopter’s class” for FURS that saw its returns of adopted dogs go down from over 20% to under 1%. Doug has made coaching people the centerpiece of his professional life. He has worked as a tennis teaching professional, and built a career in corporate environments as a sales trainer and career coach.

I’ve been involved in dog training and solving K9 Behavior problems for over 20 years right here in Richmond, Virginia. Every now and then something happens that reminds me why I do this. One of those things happened today.

A potential client called me and she was all wound up and scared about her dog, a female German Shepherd that wants to chase cars. The dog is strong enough that she’s pulled her owner off her feet as she is attempting to run after a car or truck or motorcycle.

I’ll call this potential client Katy. (Not her real name)

We talked a bit about the situation, when I heard the dog in the background barking. Turns out they were walking on the road while we talked on the phone. Apparently a car passed by and it was everything Katy could do to hold her and talk to me too.

After things calmed a bit Katy told me some of the story, which included talking to several people who had “experience” with dogs. One gave her some pretty good info about what might have caused her dog to want to bark at and chase cars. He suggested it could be fear. That’s as good a reason as any I suppose, and one I would never argue about without seeing the dog. It was his solution to the problem that troubled me.

Katy said he told her to find the spot just below her dog’s ribcage where the tissue is soft and poke her there as she barks and lunges. “Don’t hit her too hard,” he said.

Well at least there’s that: Don’t hit her too hard.

The solution to a behavior problem is not something that causes the dog pain or fright. So much of what we have heard about dog training involves inflicting some level of pain on the dog to “correct” it. My experience has been that teaching your dog a new behavior that supersedes the “bad” behavior works so much better.

Katy signed up for a session with me and I told her that we will be correcting her dog’s behavior by teaching another, more polite behavior that she will end up wanting to do even more than barking at and chasing cars.

This to me is what dog training and behavioral modification (solving K9 Behavior problems) is all about. My mission is to change how we train dogs and solve behavior problems. We should do it by Teaching. And Leading.

Join me on October 6th, 2018 for my FREE talk, “How To Lead Nature’s Way and Banish Your Dog’s Problem Behavior Forever!” We’ll be at the Tuckahoe Branch of the Henrico Public Library from 3-4:30pm in the Big Meeting Room on the first floor. I’d love to see you there!